TasteBlanton's Black Edition Bourbon is silky and smooth with an exceptionally clean finish. This bourbon is made with a sour mash of corn, rye and malted barley before maturing in American White Oak casks. The nose on this one is very soft and mellow with prominent earthy, herbaceous pine notes. Blends of juniper, blueberries, rich vanilla, honey, rye, slight hints of dried cherry and apple. The palate is full and rich with sharp herbaceous pine notes alongside butter, pepper, honey, chocolate, and oak. The finish is long with prominent oak, and toffee on the back end.

History
Blanton's Black Edition Bourbon is best known as "liquid gold" It is a special Japanese exclusive Blanton's bourbon bottled at 40% ABV. It was first released in1984 by Elmer T. Lee who was the Master distiller at Buffalo Trace at the time. Previously known as the George T. Stagg Distillery. There he worked with Colonel Albert Bacon Blanton who was the president of the Buffalo Trace distillery from 1921-1951. During the time he worked for him, he noticed that when ever there were ambassadors, dignitaries, and Colonel Blanton’s family and friends he would choose a bottle aged at warehouse H at Buffalo Trace. Which is the only metal-clad warehouse at the distillery, the warehouse was built shortly after prohibition and being metal it created a lot of temperature fluctuation because the metal doesn't insulate and it would change how the whisky aged. It is aged a fine 8 years, and has a higher rye content. Although Blanton is all about quality over quantity, the liquor brand can only supply so much at a time. There are eight different stoppers across random bottles of Blanton's–the brand known as the 'whiskey with the horse on top'. They were added in 1999, each stopper has a letter circled on the lower left side to spell out “B-L-A-N-T-O-N'-S.” These are visible upon purchase, though some customers claim that some letters are harder to find than others. Still, Blanton's assures fans that it produces the same number of each every year. Blanton's found overseas will be 700 ml, while domestic releases are 750 ml.

Please drink responsibly, you must be at least 21 years of age to drink alcoholic beverage.

Thank you for submitting a review!

Your input is very much appreciated. Share it with your friends so they can enjoy it too! 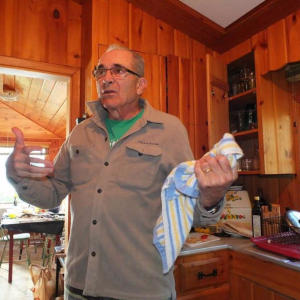 Take only small sips; it’s so complex that chugging it is an abomination.

Subscribe to get special offers, free giveaways, and once-in-a-lifetime deals.